The Scottish members of a consortium set up to save a unique collection of literature for the nation have welcomed the news that their international appeal has reached its target of £15 million.

This means that the Blavatnik Honresfield Library (formerly Honresfield Library) – a treasure trove of items from the world’s most beloved writers, unseen by the public for almost a century – will no longer be sold at open auction and instead will be shared with libraries and other organisations across the UK.

The library, collected and curated by a Rochdale businessman in the 1800s, comprises priceless manuscripts, rare first editions and irreplaceable letters. These include works by Robert Burns, Sir Walter Scott, Jane Austen and the Brontë siblings.

A UK-wide consortium led by The Friends of the National Libraries, which includes Abbotsford, the National Library of Scotland and the National Trust for Scotland, was successful in raising half the funds needed from hundreds of individual donors, as well as the National Heritage Memorial Fund, the Scottish Government, the Foyle Foundation, and other organisations, with the balance coming from a generous donation by Sir Leonard Blavatnik – the largest ever given to the UK by an individual for a literary treasure. This achievement has also been made possible by the vendor’s willingness to give the consortium the time needed to launch and run the fundraising appeal, to which countless people from Scotland, the UK and around the world contributed.

Arrangements will be made in the coming months for the Scottish organisations to take possession of key works from the collection, conserve them and make them publicly accessible. These include an early volume of poems by Robert Burns in his own hand – containing some of his earliest recorded literary works – known as the First Commonplace Book, as well as individual autograph poems (Cessnock Bank and the Brigs of Ayr), and some of the poet’s earliest correspondence, including the only extant letter to his beloved father.

Other Scottish material of huge importance is the complete working manuscript of Sir Walter Scott’s iconic novel Rob Roy, part of the autographed manuscript of Scott’s verse romance, The Lay of the Last Minstrel, his travel journal of an expedition off the Scottish coast in 1814, a copy of Border Antiquities with extensive manuscript revisions, and an exceptional group of Scott first editions in their original condition.

“It’s important for the nation that this coveted collection of literary treasures has been saved from being sold into private hands. Once again, books which play a crucial part in Scotland’s literary history were in danger of being withheld from public view. These include some of Robert Burns’s earliest works and the manuscript of Sir Walter Scott’s Rob Roy.

“The Scottish Government is pleased to support the Honresfield Library appeal by providing £400,000 to ensure these valuable books return to Scotland where our culture and heritage organisations will ensure they are cared for, preserved and made available to the public.”

“We at the National Heritage Memorial Fund are delighted to have supported the campaign to save Honresfield Library with £4million, the largest amount we have ever granted towards an acquisition of literary manuscripts since our formation in 1980.

“This is truly a once-in-a-lifetime opportunity to acquire such an outstanding and nationally significant collection. The NHMF is a fund of last resort, and the astonishing array of manuscripts will join over 1,000 heritage treasures saved for the nation. With Honresfield Library now secured for public ownership, organisations across the UK will benefit from these literary gems joining their collections.

“I am proud that this incredible archive will be the last major acquisition we will support under my leadership, before I step down at the end of the year.”

“Never before has a consortium worked so quickly and effectively to secure hidden literary treasures. This is a triumph for the people, for heritage and for the power of partnerships.

“At the National Library of Scotland we are thrilled to continue working with the Abbotsford Trust and the National Trust for Scotland, to share these Scottish literary treasures with the public and researchers – in Scotland and across the world – and we are grateful to the many supporters who helped to make this happen.”

“This is the most fantastic news. We are so grateful to everyone who contributed to the appeal for acts of such astonishing generosity, as well as to the Scottish Government for the welcome support given.

“It was a pleasure to work with the Friends of the National Libraries and the other consortium members and this is a truly collaborative achievement that will benefit generations to come.

“Those lucky enough to view the collection items have said that they express a palpable feeling of history in the making, with some of the works being part of the very foundation of our shared culture.  I’m looking forward to the opportunity to display items from the collection in Scotland so that as many people as possible can share in that feeling.”

“This is simply the most incredible achievement and we are deeply grateful to all those individuals and organisations who have made the saving of such a remarkable collection for the British public possible.

"To think that manuscripts written by Walter Scott in his own hand, will be returning to his homeland, many to his own home, is a triumph. The Lay of the Last Minstrel, Rob Roy and Scott’s diary of his lighthouse tour are each evocative of turning points in contemporary culture, and of Scott’s fame and fortune. Emerging from private ownership after so many years, it is heart warming to know they will be available for the public to enjoy at long last.”

The Blavatnik Family Foundation is an active supporter of world-renowned educational, scientific, cultural, and charitable institutions in the United States, the United Kingdom, Israel, and throughout the world. The Foundation is headed by Sir Leonard Blavatnik, a global industrialist and philanthropist and the founder and chairman of Access Industries, a privately held industrial group based in the U.S. with broad strategic interests. See more at www.blavatnikfoundation.org

6. The National Heritage Memorial Fund (NHMF) was set up in 1980 to save the most outstanding parts of our national heritage, in memory of those who have given their lives for the UK 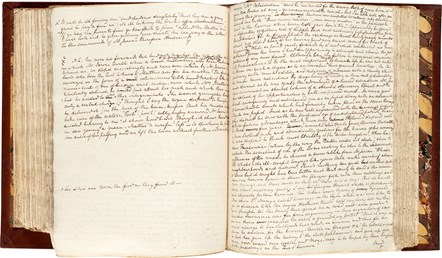 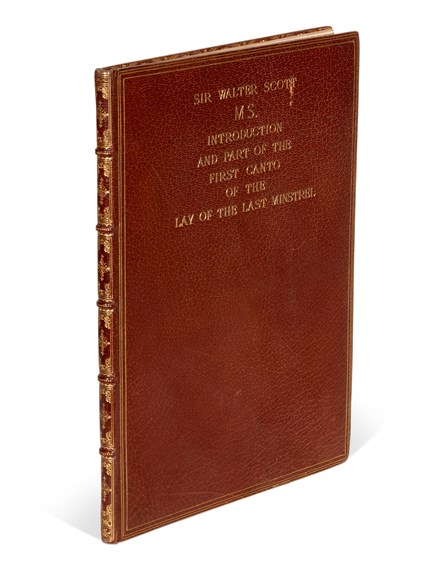 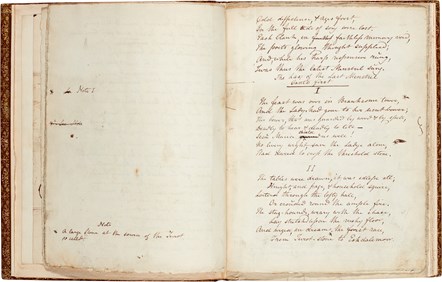 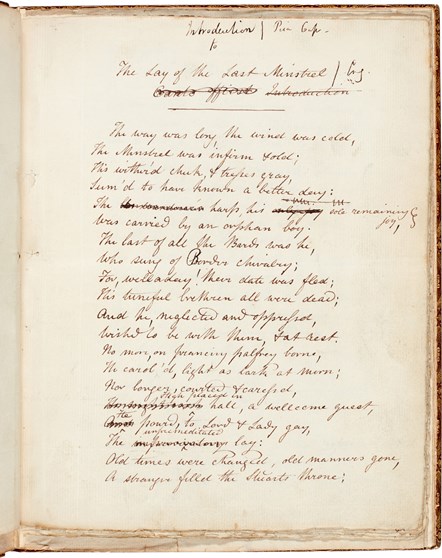 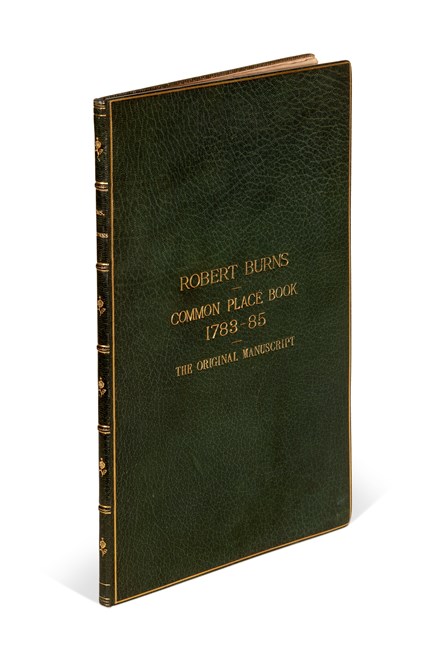 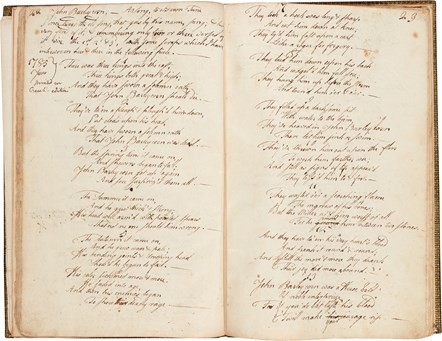 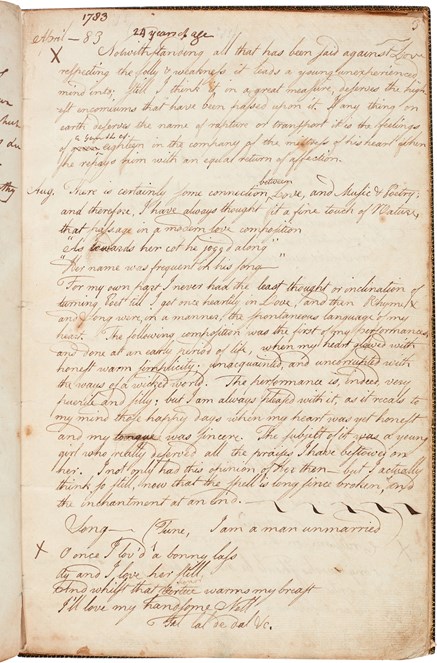 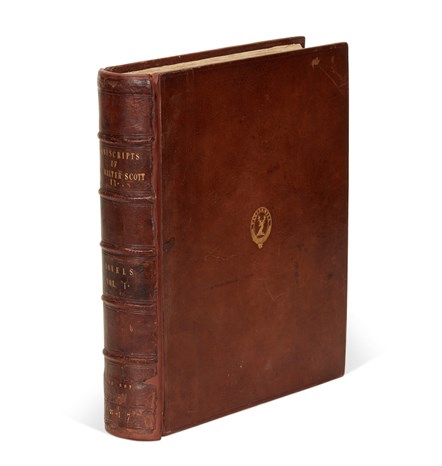 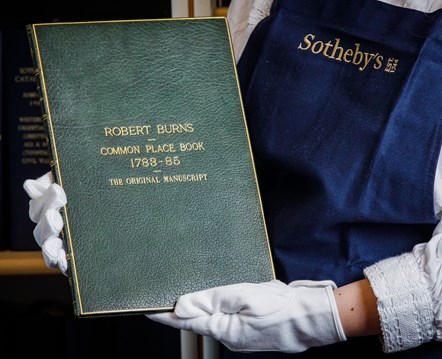 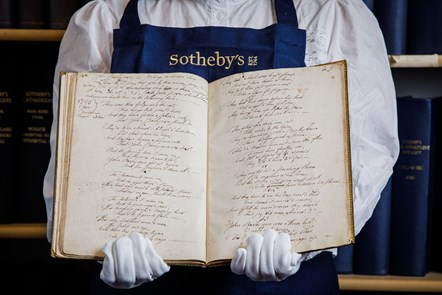