Following years of detailed and specialised work, the National Library has completed the digitisation, re-animation and careful restoration of footage of Wick from the turn of the 20th century.

The Wick Society gave five Kinora reels to the Library’s Moving Image Archive about 20 years ago for protection and preservation. The Kinora was an early moving image device for which individual frames of film were printed onto small cards attached to a circular core. The reel of cards – like a large round flip-book – was placed in a Kinora viewer and revolved by turning a handle.

Deemed to be the work of local photographer John G Humphrey (1868–1949), the ‘Wick Kinora Reels’ contain scenes and events that are estimated to have taken place between 1897 and 1910. The footage includes ships and tugboats arriving into Wick Harbour, fishermen ‘redding’ their nets, a storm in Wick Bay, and a church parade – likely marking Queen Victoria’s Golden Jubilee in June 1897. Together they provide a unique glimpse of a local industry just before the widespread adoption of mass industrial fishing.

“Kinora reels are tricky to work with. Given their age of about 120 years, they are in a very fragile condition. Our specialists digitised these reels card by card by to reassemble and stabilise the films frame by frame. The paper cards were bent and warped at different rates, so the digital image captured from each one had to be treated individually during restoration.

“It has been a labour of love. The ‘Wick Kinora Reels’ are the only Kinora reels in the national collections, and the oldest surviving moving images of Wick. We’re excited to finally be able to provide the digitally restored footage to the Wick Society while also making these unique films available online for the public.”

“It was in 1989 that a Kinora Viewer and a collection of reels were gifted to the Wick Society by a Mr and Mrs Sutherland, then resident in East Kilbride. They in turn confirmed that the reels had been the property of Mrs Sutherland’s grandfather, Henry Williamson, cousin of William Johnston of the famous Johnston Photographic Collection family. Henry Williamson and the Pulteneytown Good Templars were instrumental in encouraging the first cinema in the town, with Henry acting as projectionist.

“These reels then, are a most important part of the town’s history and heritage and the Wick Society is indebted to the National Library for making their time and expertise available in finally making these scenes from our past available again.”

Developed by the Lumière brothers in 1895 (while they were simultaneously inventing the cinematograph), the Kinora was designed to allow people to enjoy short films at home. A Kinora Viewer and the original Wick Kinora Reels remain at the Library’s Moving Image Archive at Kelvin Hall in Glasgow.

The digitised footage can be viewed on the Moving Image Archive website.

The Wick Society is committed to preserving and promoting Wick's proud heritage for the inspiration of future generations. 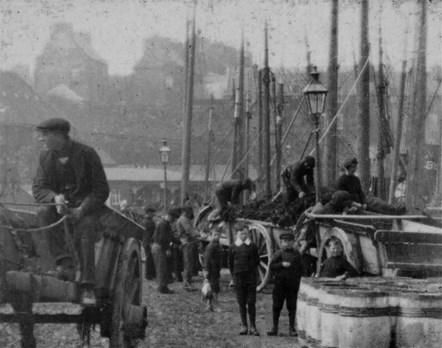 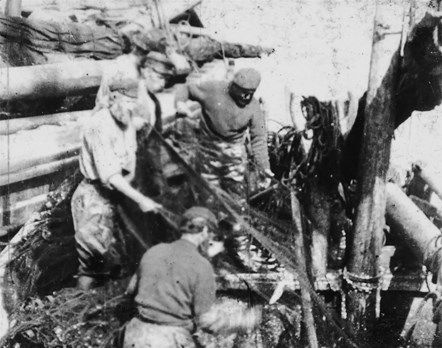